Richard "Dickie" Doyle   (1824 – 1883) was well known for his book illustrations. (I still have my childhood copy of The King of the Golden River, which is illustrated by him.) He was the uncle of Sir Arthur Conan Doyle, who wrote the Sherlock Holmes stories.  Below is an example of Doyle's signature and monogram on the half title page and frontispiece of:


The story of Jack and the Giants. Illustrated with Thirty-Five drawings by Richard Doyle. Engraved by G and E. Dalziel. [i. e. George Dalziel] and [Edward Dalziel]. London: Cundall & Addey, 1851.  56p. The frontispiece is entitled: The death of the Giant Cormoran. It is signed with Doyle’s monogram “RD”, in the bottom right hand corner, and by E. Dalziel Sc.” [i.e Edward Dalziel].  The book is in the De Beaumont collection, Prints & Drawings, the British Museum (1992,0406.142). 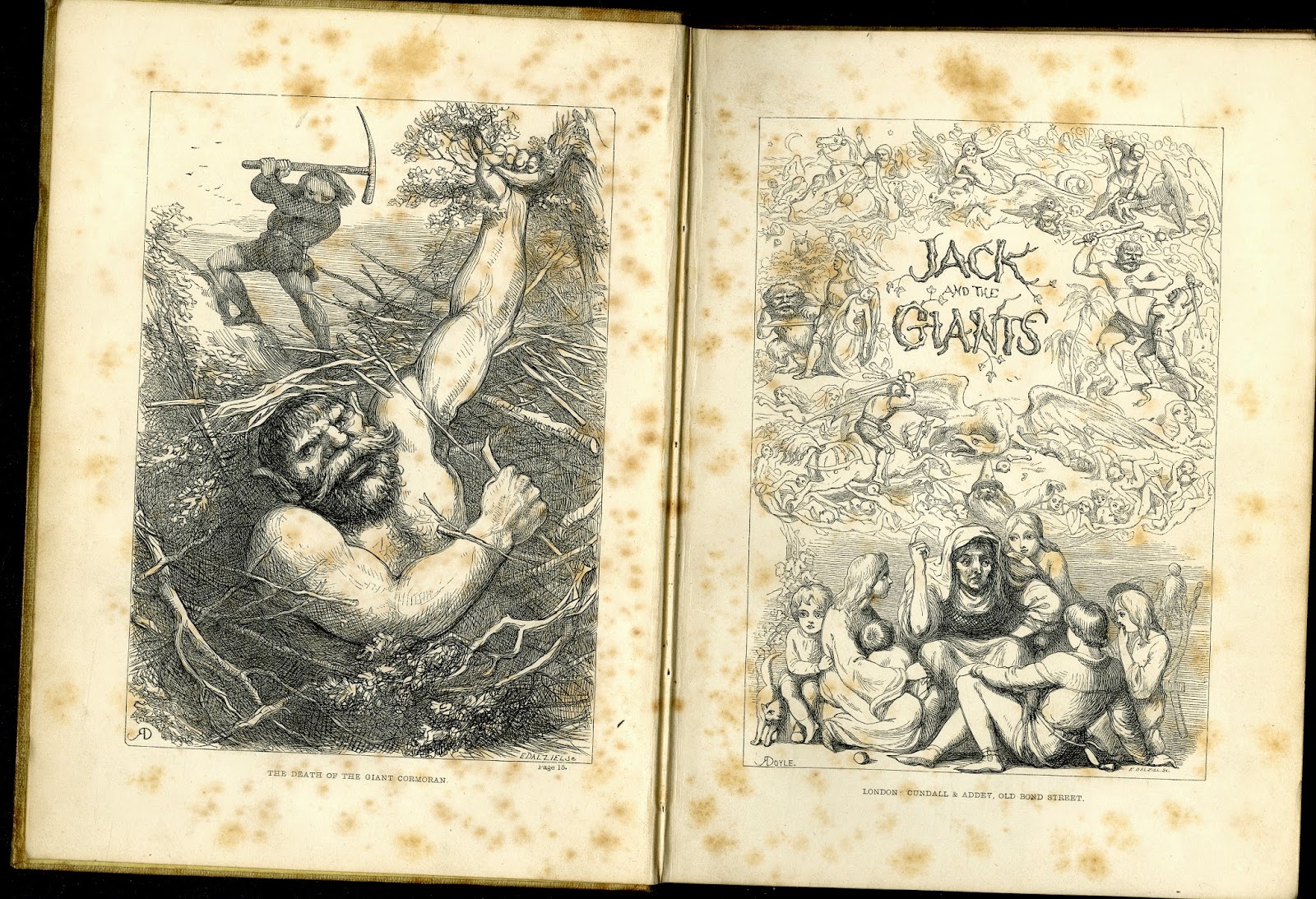 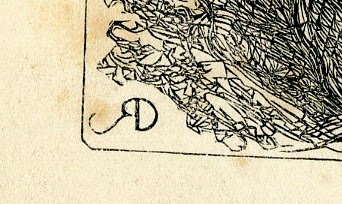