Dore made many illustrations for journals. Below is just one example. It is in, Baynes, Robert Hall. The Illustrated Book of Sacred Poems, which was published in parts by Cassell, Petter and Galpin in 1867. Each part had blue paper wrappers.  On the lower paper wrapper of part VI of Sacred Poems, Cassell  chose to publicise a forthcoming publication entitled: Cassell llustrated Book of Fables, which was to be illustrated by Dore. He created an illustration, which shows us a fisherman by the waterside. It has the caption: "The little fish and the fisherman".The initial "G" of his signature is likely to be obscured by the spine curvature. A full description of the paper covers of The Illustrated Book of Sacred Poems is in the British Library bookbindings database 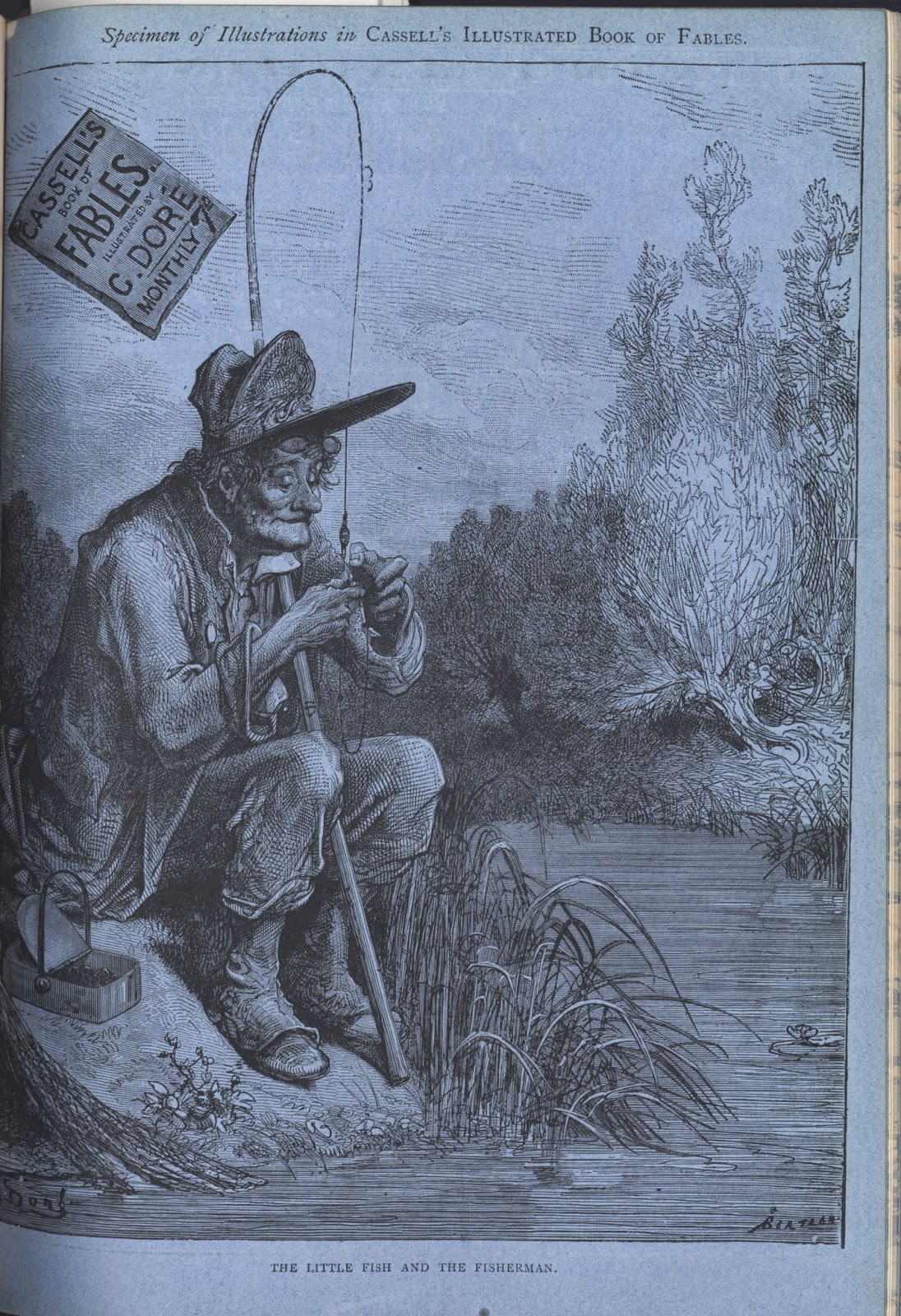 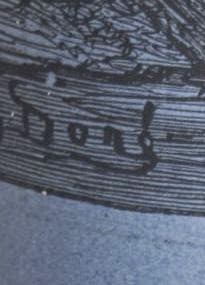