The Wiki entry for Calderon and his entry in the Victorian Web focuses upon his output as a painter.

He provided some illustrations for the 1861 edition of Margaret Gatty's Parables from nature, a compendium which also has a number of other artists in this work - Charles West Cope, William Holman Hunt, W. Millais [i.e. probably William Henry Millais], Otto Speckter, G.Thomas [i.e. possibly George Houseman Thomas] and E. Warren. The work was printed at the Chiswick Press by Whittingham and Wilkins, Tooks Court, Chancery Lane.

The title page has ornamented capitals typical of this period. The emblematic device of the publisher, Ball and Daldy, is also quite common in their books of this period. The frontispiece has no title. However, it has a good example of Calderon's monogram "CHP". 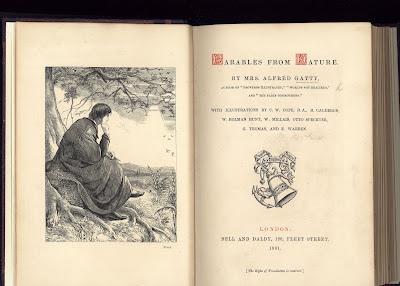 Close up of Calderon's monogram "CHP" to the right and below the feet of the seated figure. 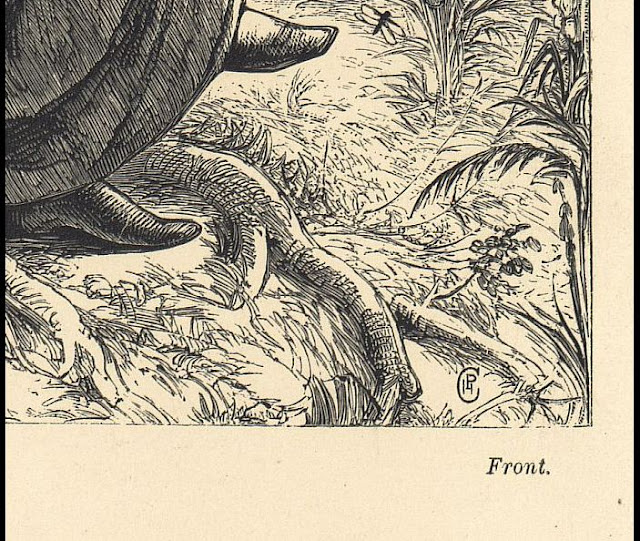 The cover design is densely decorated on the upper cover and on the spine, a design which echoes the French 'Grolier' style. 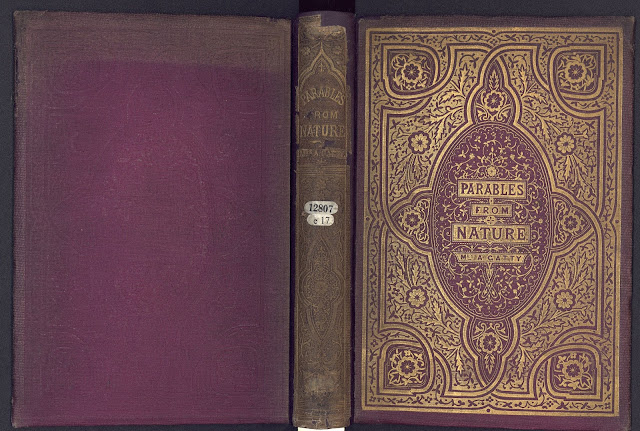